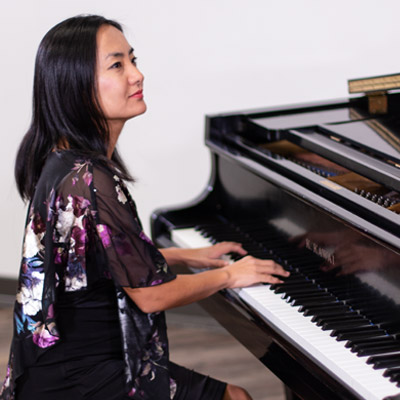 A versatile pianist, RIKO HIGUMA has performed with world’s leading artists throughout North and South America, Europe and Asia. As a soloist, she was a top-prize winner at the Jacob Flier International Piano Competition and the Santa Fe International Piano Competition. Notably, she was one of the Young Artists for the Van Cliburn Piano Institute in Fort Worth, where she appeared as a soloist with the Fort Worth Symphony.

As a founding member of the Zodiac Trio, she has claimed top prizes at international competitions such as the International Peninsula Young Artist Festival, Yellow Spring Chamber Music Competition, Joyce Dutka Arts Foundation, and the Cziffra Foundation audition. Amongst its many engagements, the Zodiac Trio has appeared at the Festival Radio France Montpellier, International Colmar Festival in France, Ottawa Chamberfest in Canada, Edinburgh Festival in Scotland, the Oriental Performing Arts Center in Shanghai, National Performing Arts Center in Beijing, Izumi Hall in Japan, Le Poisson Rouge, Lincoln Center’s Bruno Walter Auditorium, Tishman Auditorium and Merkin Concert Hall in New York, UCLA Clark Library in CA; has been broadcast by France 3 Television, Beijing’s CCTV News, Canada’s CBC Radio and Television, WXQR (including an hour-long in-studio feature on the Young Artist Showcase), had performances broadcast live on WFMT, featured on WGBH’s “Live from Frasier” in Boston, and has recorded multiple times for Radio France in Paris. The Zodiac Trio is under the management of Latitude 45 of Montreal, Canada. 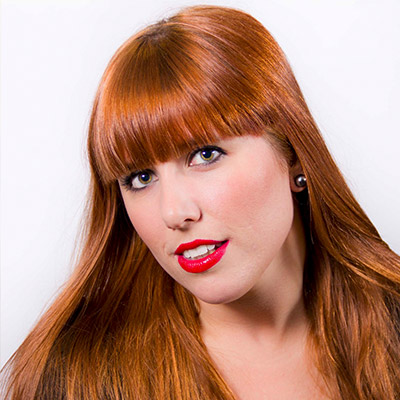 Brynn earned her bachelor’s degree in Vocal Performance and Music Education at Northern Illinois University, where she was a member of the NIU Chamber and Concert Choir and performed as the alto soloist in NIU’s performance of Bach’s Magnificat. While at NIU, Brynn also had the pleasure of performing as a member of the NIU Opera Workshop in multiple operas and scenes programs, including Aunt Fidalma in Il Matrimonio Segreto and The Witch in Hansel and Gretel. Brynn was fortunate to be accepted into Sherrill Milnes’ V.O.I.C.Experience program in Orlando, Fla., where she worked with mezzo soprano Jennifer Larmore and performed as a soloist at Disney’s Epcot theme park.

Currently, Brynn is a member of the Canterbury Singers in Dixon, Ill., and has performed with the group as a choir member and soloist in Handel’s Messiah. She has also been involved in multiple musicals with VIVA Arts in Dixon, including playing Ronette in Little Shop of Horrors, and The Leading Player in Pippin. Brynn also performs with local vocal quartet, Vox Vitae, who specialize in sacred literature, early music, and traditional choral repertoire.

As a member of Ss. Peter and Paul choral scholars since 2012, Brynn performed as the alto soloist in Handel’s Messiah at Ss. Peter and Paul for three seasons and traveled to Rome with the choir, where she performed as the alto soloist in Mozart’s Missa Brevis in D and Mozart’s Regina Coeli to honor the canonization of Pope John XXIII and Pope John Paul II. 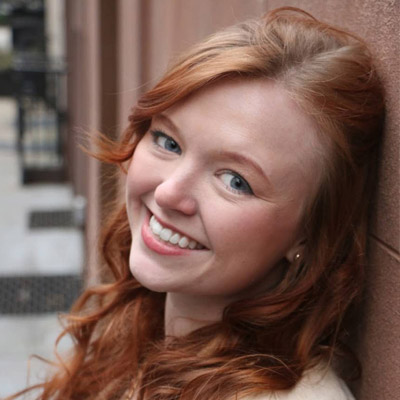 After the completion her Masters of Music at Mannes Conservatory May of 2017, Soprano Ginny Weant, has been performing in multiple operas, music theater shows, cabarets, and various concerts in New York.
Operatic performances in NYC include Oberto in the edgy production of Alcina with OperaRox, Cecchina in the North American Premier of Marcos Portugal’s Marriage of Figaro with On Site Opera under the direction of Eric Einhorn, The Shepherd boy in Wagner’s Tannhäuser with Apotheosis Opera under the direction of the young up and coming conductor and producer, Matthew Jaroszewicz. Other roles include Papagena, in Die Zauberflote, Despina in Cosi fan Tutte, Zerlina in Don Giovanni, and Fortuna in L’incoronazione di Poppea with Classic Lyric Arts, La Lingua della Lirica in Novafeltria, Italy.

Concerts include Mozart’s Requiem in Carnegie Hall under the direction of the late Paul E. Oakley and the New York Philharmonic, Soloist in Ralph Von William’s Serenade to Music with the Owensboro Symphony under the direction of Nick Palmer, Soprano soloists in Rossini’s Petite Messe Solennelle in Forest Hills under the direction of Todd Waschman, Stabat Mater with Vocal Productions NYC, Eve in Haydn’s Creation with St. Luke’s Episcopal, Handel’s Messiah, and Bach’s Cantata 61 with the Kentucky Wesleyan Singers. Ginny Weant was a finalist for the National Association for Teachers of Singing for three years running in the the State of Kentucky and Southeastern Regional competitions in 2011-2014.

Ginny also brings her lively bright soprano voice and vibrant acting abilities onto the musical theater stage. She debuted in her first off-off Broadway Production of Brigadoon as the leading role of Fiona with St. Jean’s Theater on the upper east side. Ginny also performs frequently with The Height’s Players in Brooklyn and has been featured as The Witch in Into the Woods, Kiss Me Kate, and Anything Goes. She also brings her classic training to their original Children’s Productions, bringing her operatic, dance, and improv training into the classic characters such as Alice from Alice in Wonderland, Snow White, and Cinderella. Other Roles include Sally in You’re a Good Man Charlie Brown, Antigone in Antigone, Penny Pingleton in Hairspray, and Godspell. 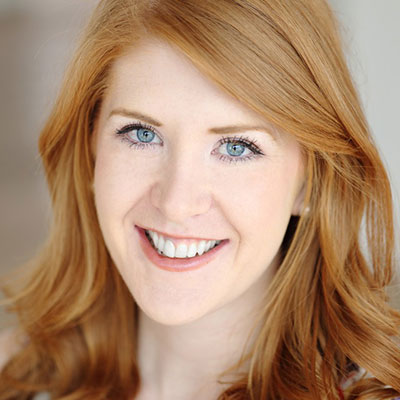 Soprano, Kathleen Monson continues to delight crowds with her clear tone and confident stage presence. Kathleen began her 2017 season at the Wilmette Center for the performing Arts as Agatha, in Guys and Dolls. She continued her season in Fidelio at the Princeton Festival under the direction of Richard Tang Yuk. This past summer she was invited as a vocal fellow with Opernfest Prague, under the direction of Maestro Richard Hein. She will continue her season joining Soirée Lyrique, as the role of Marlena and covering the role of Rosalinda in Die Fledermaus. This December Kathleen will make her debut with the Fort Wayne Philharmonic appearing as the soprano soloist in their Holiday Pops Concert series.